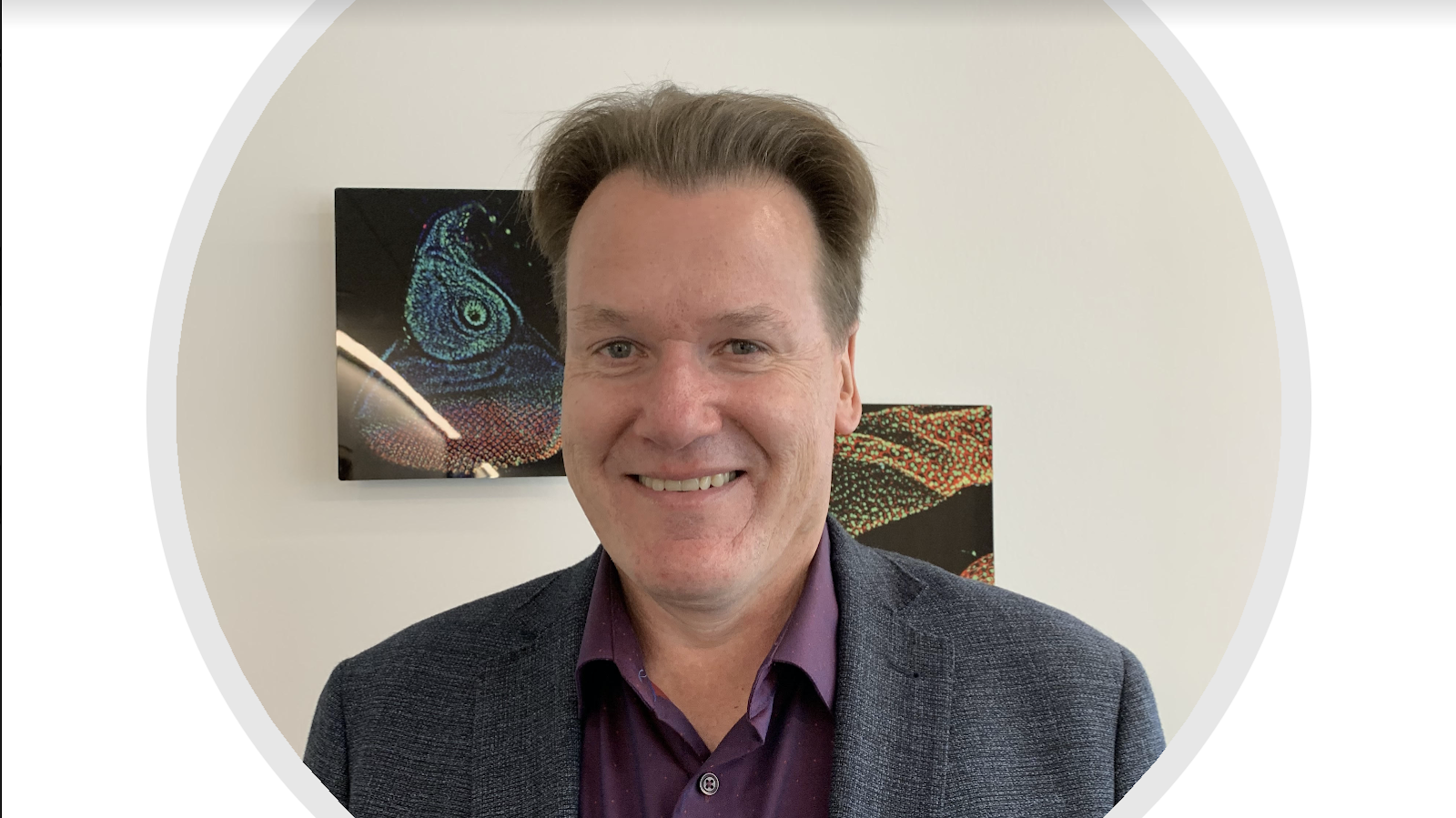 Dr. Kenneth Cadigan is a Professor and Chair of the Molecular, Cellular, and Developmental Biology department at the University of Michigan. He received his PhD from Dartmouth University and was a postdoctoral fellow at the University of Basel, Switzerland and Stanford University. He heads the Cadigan Lab, where his research focuses on the Wnt/beta-catenin signaling pathway.

Grace: When did your interest in research begin?

Dr. Cadigan: I have to say, I’ve had an affinity for science. I think even in the fourth grade … dissecting grasshoppers in my basement and not knowing what I was doing. If we get past that, I think when I was your age, as a freshman, I wasn’t really sure what I was going to do, but I just knew I was interested in science. I went to college, and an instructor … said, “Oh, you need to go to graduate school; you should think about graduate school,” so I think she’s the one who [led me to it].  The third part would be, as a sophomore in the spring, I saw a flier about a research project in the tidal marsh, and they were offering $500 for 12 weeks to do this research and I thought, “Well, I can make more money … in my hometown.” It was transformative. The act of doing research, even though I’m not an ecologist now, was just so exciting that I was hooked.

Grace: Can you give us a brief summary of your most recent (or current) research project?

Dr. Cadigan: We just published a paper in nucleic acid research. We’ve known for about 20 years that, in a particular signaling pathway called Wnt signaling, we know a lot about the broad strokes of this pathway - it drives cancer. It’s needed for stem cells to maintain their “stemness.” It’s a big player in development. … I think every development class will cover Wnt signaling. But the thing that we don’t know very much about is how the same signaling pathway does different things in different cells.  We know it happens for sure, and so my lab’s been interested in that, and we’re really trying to drill down on these Wnt enhancers. … Sometimes people call it a transcription factor collective, that these cartoons that we use today are oversimplified.  I don’t think there’s a single enhancer in all of animal or plant biology, probably not even in bacteria, where one transcription factor binds and turns it on.  It’s more of a group, and maybe it’s three or four, maybe it’s ten or twenty, but we found a collective of three transcription factors that always seem to work … together on a bunch of Wnt targets. That’s a significant advance.  But there’s a lot more work to be done. How many collectives are responding to Wnt signaling?  I think it’s going to be more than fifty. We know one and a couple of other labs have found a couple, so there’s a lot to do.

Grace: Are you planning to continue the Wnt signaling project?

Dr. Cadigan: For sure. The student who published that paper is working on a second paper here. There’s a very famous protein called SOX9; it makes testes in mammals and for male and female vertebrates. You need it for bone deposition or for bone formation, it does lots of other things, and it also drives many cancers where Wnt signaling is involved. But normally, these two pathways fight against each other.  For example, in sex determination you need Wnt signaling to make an ovary, and you need SOX9 to make a testis. Maybe not surprisingly they inhibit each other, and it’s helping… embryos to make that decision: am I going to be a male with testes or a female with ovaries?  But I think we’ve shown … really good data that these two pathways can intersect on enhancers and pull in the same direction so that sometimes they antagonize each other but other times they work together. Everything in gene regulation is context-dependent. We’ve got to understand the complexity to really make sense of things.

Grace: Have you experienced any setbacks? How did you go about overcoming them?

Dr. Cadigan: I would say the lowest part in my career happened when I was a post-doc in Switzerland.  I went from a very small lab in PhD to a very large 25-person lab, and being a monolingual American in Europe was also a challenge. But the project I worked on was, I guess you’d say a project from hell.  After the first few months it looked like everything was working, and my boss was clapping me on the back … and then everything, every control I did after that, started to say that there was trouble. I feel like I was slow to recognize it. I think my colleagues tried to warn me, and it's good that I’m stubborn - that helps sometimes - but I would say this was one time where being stubborn was a bad thing. So that was like a two year period where I just couldn’t gain traction on anything with this project.  Eventually, I stopped working on it, started working on a second project. Then my boss found out; he was very angry with me and called me a quitter, which is really a - I’m a very hard worker, so no one can call me a quitter. That’s just not fair. It was hard to talk about for a while because it was just such a painful [experience]. I think now it demonstrates my love of science; I made it through that and just kept going.

Grace: Where do you see your research going in the future?

Dr. Cadigan: We’re really excited about this idea of biomolecular condensates. When I was in graduate school and thinking about protein complexes, we really thought about them maybe like legos. You had these hard pieces of protein and you could put them together in different cool ways, and it became clear in the 90s and 2000s that this is not how protein complexes work.  Maybe they’re a little bit lego-like, but they’re also really flexible, when you have induced fits and two proteins coming together and gaining more structure when they bind to each other.  And that is still true, but there’s this new … idea that many proteins can form liquid-liquid phase separation, like liquid droplets. It’s amazing. We take our favorite protein in Wnt signaling, beta-catenin, and, if we attach GFP to it and we purify it and put it in a test tube and add a chemical that just kind of soaks up some of the water so you’re concentrating it, then beta-catenin will form these condensates. It takes like less than five minutes. We have mutations that are defective in this condensate-forming ability in vitro, and in human cells, and we think in transgenic drosophila, these condensate mutants are defective in mediating Wnt signaling, so we’re really trying to rigorously determine that the ability of beta-catenin to form these droplets, which is a test tube thing, so who knows if it’s related to anything in biology, but to try to use the mutants to show that condensation is important for this protein to work. I think the only other thing I would add is that we’re pretty sure … that it’s happening in the nucleus. So these proteins can get in the nucleus, but they just can’t do what beta-catenin is supposed to do, and we think it’s linked to they can’t form condensates.

Grace: What is a skill/skill set that you would say is most important to have as a researcher?

Dr. Cadigan: One of my favorite sayings in science is, “the harder I work, the luckier I get.”  I think there’s a lot to that. Perseverance is really key.  Having that interest and not giving up and fighting through the tough parts because, at least in the cell molecular world, most of the time your experiments don’t work. Or there’s some problem that you have to solve. … There’s this cloud of unknowns around it, and we have to somehow mesh the unknowns with the knowns even though we don’t know the unknowns. But the hard work - that’s a prerequisite.

Grace: Can you give some advice for students who are looking to pursue research at some point in the future?

Dr. Cadigan: The great thing about the University of Michigan is that there are maybe 800 cell molecular, besides all the other disciplines that I don’t know as well, but 600-800 labs that you can choose from. If you have that perseverance, you can find your way into a lab at the right time when you’re ready and you have time to devote to it. Just give it a chance, and if that lab doesn’t feel right, of course in a professional way, you should try another lab.  But if you find a lab where you like the mentoring style and you think the science is cool, I would say stick with it and see whether you’re interested in graduate school or medical school. I’ve had some great undergrads in my lab who, after a year, just said, “Sorry, Dr. Cadigan, it’s not for me,” but they were terrific. They tried; they gave it a good try. And sometimes that’s important too, to find out what’s not the right thing for you.